Deaths of children due to drowning

The Child Death and Serious Injury Review Committee collects and analyses information on the circumstances of all deaths of children in South Australia. The Committee reviews this information to better understand the patterns of death from all causes including: who is most at risk; where these deaths most often occur; and when these deaths occur.

This blog post presents information collected and analysed by the Committee that can help to shape the focus of legislation, policy and prevention efforts.

Thirty five children died by drowning in South Australia between 2005 and 2018. While these deaths have occurred across the childhood years, 60 percent were of children less than three years old. 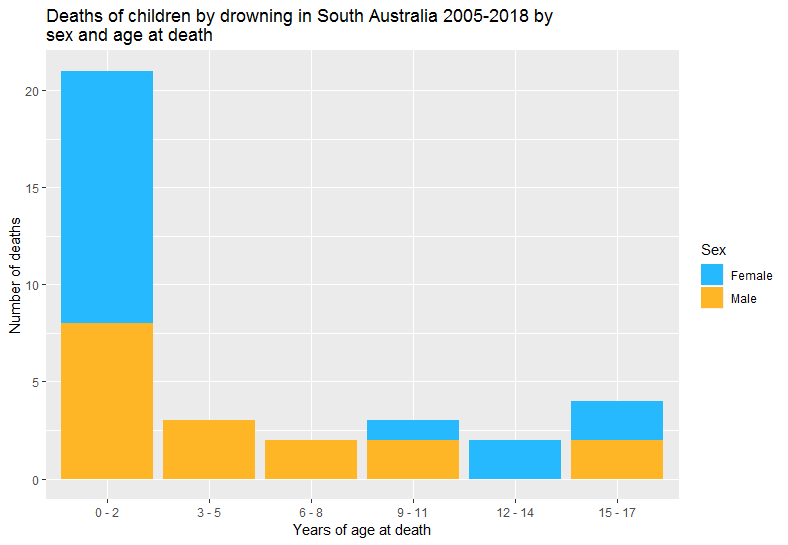 Any body of water, small or large, can be a risk for childhood drowning. Since 2005, children in South Australia have drowned in a large range of different locations including the sea, pools, ponds, dams, baths and rainwater tanks.

More children died in privately owned locations than in public locations. This difference was particularly pronounced for children under three years of age. This is a highly relevant distinction for the focus of prevention efforts. 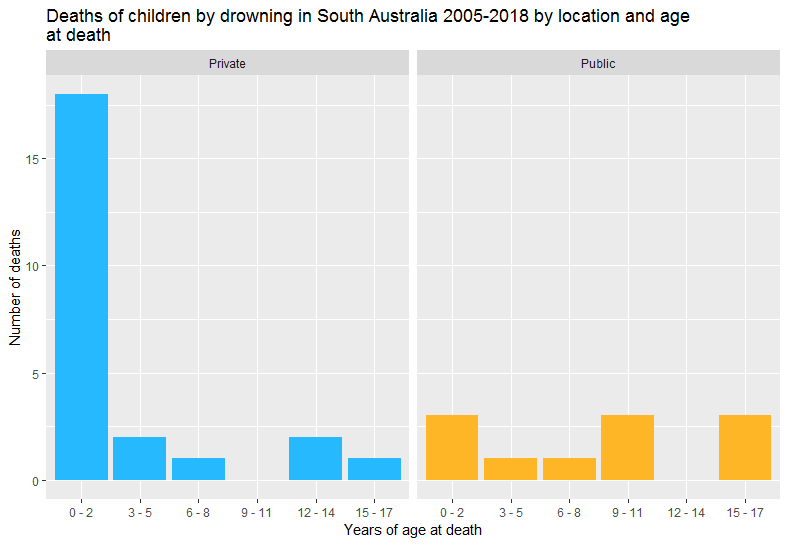 During the summer months, children and adults enjoy spending more time in the water. More deaths of children have occurred in the three summer months than in the rest of the year combined. 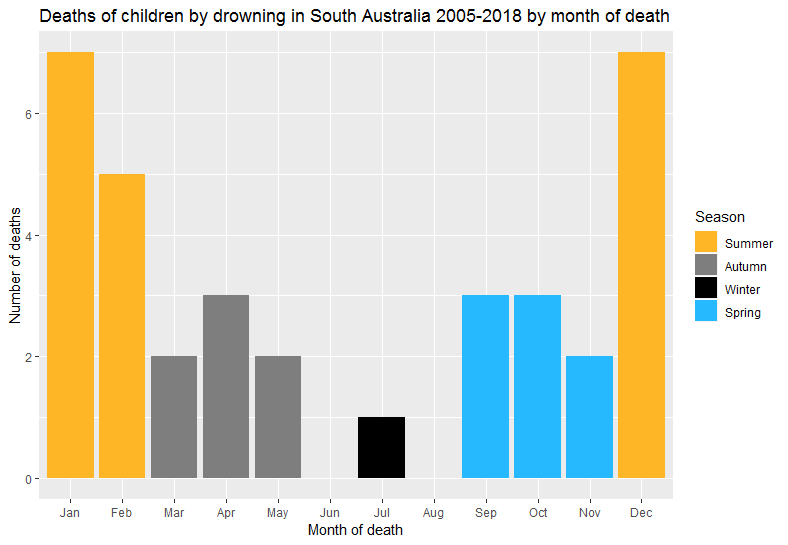 Taking this evidence into consideration, the Committee will continue to support prevention efforts that:

Information about practical steps that can be taken to reduce the chance of children drowning is available from Kidsafe SA. Go to the Committee’s annual reports to learn more about how it defines categories of death, including drowning, as well as its recommendations to address issues arising from the deaths of children in South Australia.